Mini Maritsa iztok (MMI) operates the largest open pit lignite coal mine in the country and sells to four thermal power plants, including TPP Maritsa East 2, all of them located in the Maritsa-East complex. MMI extracts over 90% of the coal required for the thermal power plant energy production in Bulgaria. The electric power generated within the Maritsa-East complex accounts for more than 25% of the total electricity power generation in Bulgaria.

The production area of the coal mine is approximately 240 square kilometres and it has reserves of 2 096 million tonnes. The maximum extraction capacity of the mine is 35 million tonnes annually. MMI's coal reserves are expected to be sufficient to service the current usage for a period of between 60 and 70 years.

MMI operates under a 35-year concession granted by the Bulgarian government in August 2005.

Map of deposits and mines in Bulgaria: 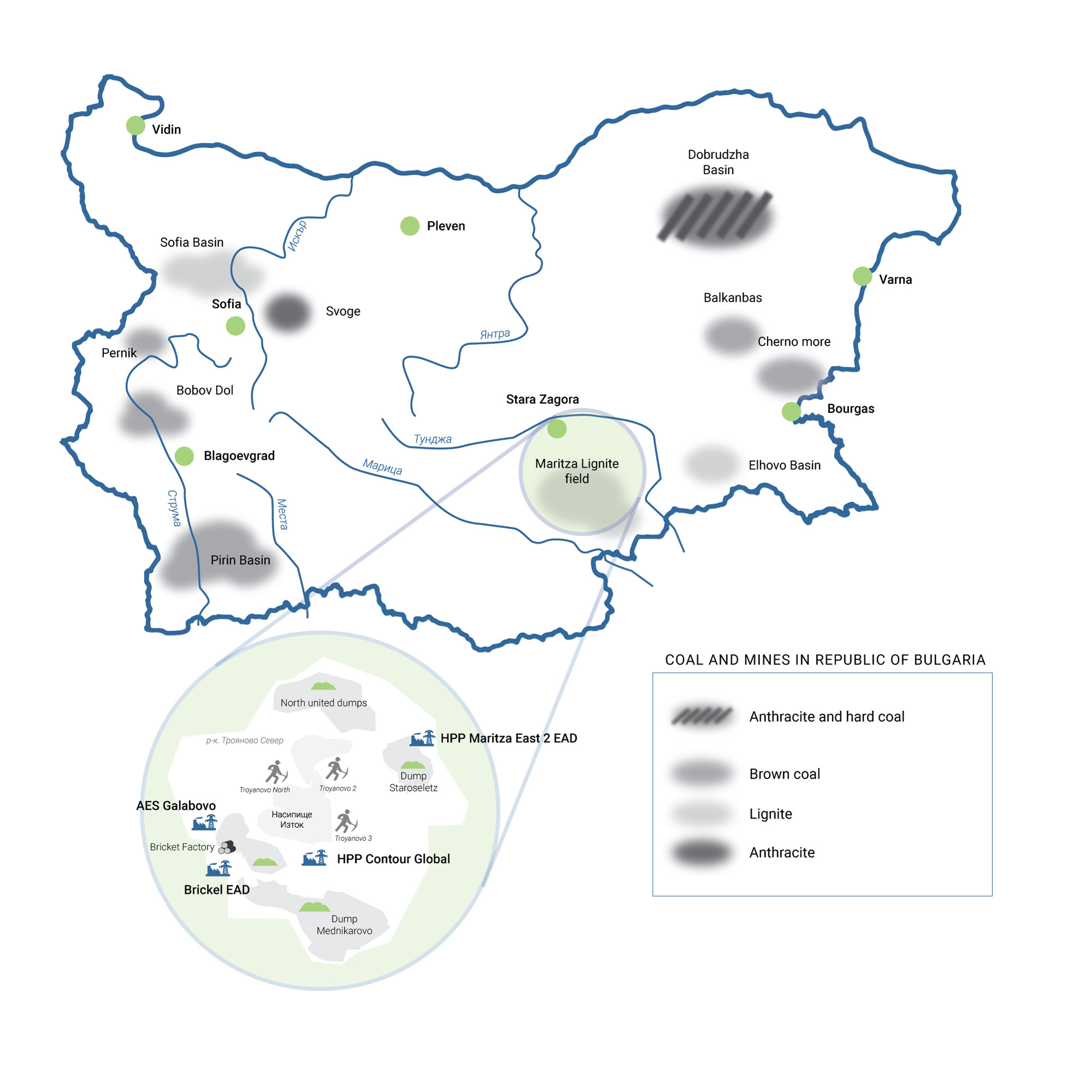